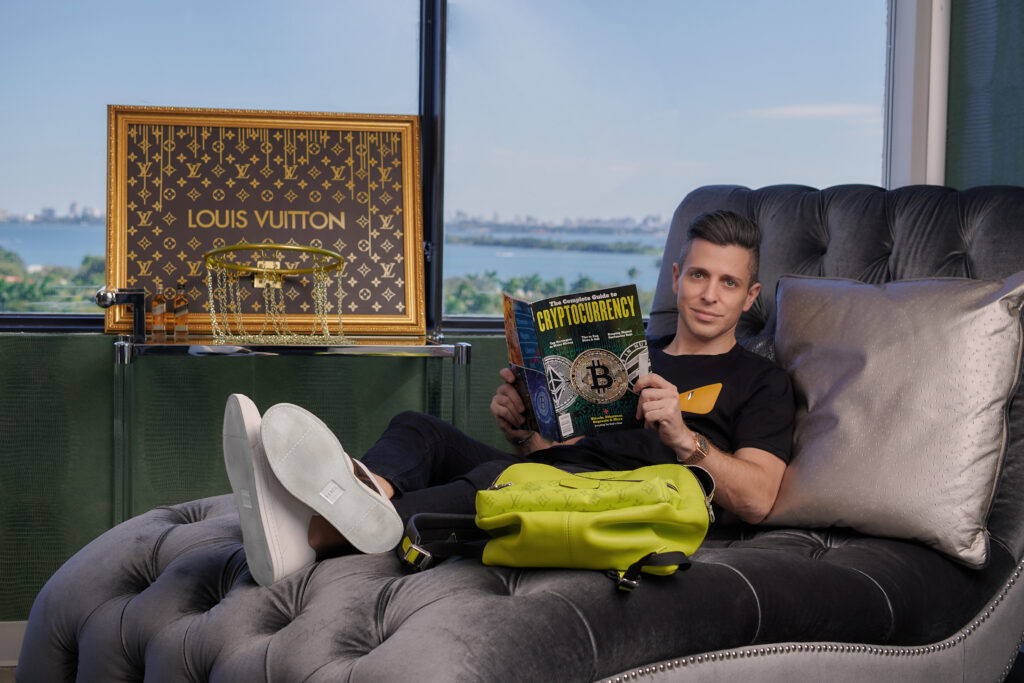 As the founder and owner of ProfitFi, the online academy that is teaching over 20,000 monthly subscribers about cryptocurrency, options trading, and more, Amit Fridman is helping individuals to find financial freedom. His easy-to-understand strategies and willingness to share how he rebuilt his life have led to more than 100K followers on his Instagram page. Now, as he writes his first book that will detail his journey to success, Amit is focused on one goal: helping others to experience financial peace.

“I meet people everyday who believe they can never climb to the top after having lived for so long at the bottom,” says Amit. “To show them it can be done, I tell them about my own life story. When I was 21, I was not wealthy. Far from it! What I had, however, was ambition and a desire to be a millionaire – not because I was materialistic but because I knew that having the ability to support myself would bring stability. So, I turned to the business world to make my mark and started in the toy industry.”

As Amit traveled back and forth between the United States and China, where he manufactured toys that would be placed on shelves in Walmart and Toys R US, he realized he was ready to do more in the business world.

“Being an entrepreneur was very exciting, and I was interested in seeing what I could do in other industries,” he explains “That curiosity led me to real estate in Philly, and I learned the ins and outs of the market as I developed, bought, and sold properties.”

With that experience under his belt, Amit turned his attention to New York City. He had always had an adventurous side, and he sensed a golden opportunity in the city’s thriving club scene: a bar where customers could throw axes or kick back with some good food and watch the fun.

“That led to Live Axe, which is now one of the top bars in New York,” says Amit. “People like that they can relax in such a unique way after a stressful day. We’re setting a new trend for what individuals like to do to unwind.”

In 2016, Amit’s life changed dramatically when he focused on two ideas: the Law of Attraction and digital currency.

“My life back then was going well, but it still wasn’t quite where I wanted it to be,” he states. “I did a lot of self-reflection and realized that in order to have the kind of life that I had always wanted, I had to manifest it.”

The Law of Attraction was the secret Amit needed in order to take his life to the next level. He says that when he began filling his mind with thoughts of his goals and refused to dwell on negativity, he achieved more.

“I saw that manifestation was very powerful, so I hung vision boards on the walls of my kitchen, living room, bathroom, and bedroom. They were the first things I looked at every morning and the last things I saw before I went to bed at night,” Amit states. “The more I focused on them, the more my goals were realized. It completely changed how I thought about my future and about what I could do.”

2016 was when Amit first heard about cryptocurrency. While the idea wasn’t 100% accepted by society back then, he could see its potential applications and was intrigued.

“I really thought that it would dramatically change industries and impact the world, so I invested in Bitcoin,” Amit says. “I basically taught myself how to invest in it and created my own short and long-term strategies for it.”

As Amit found success in trading, more of his friends and peers began asking him for information about crypto, NFTs, trading, and other topics. It showed him that there was a real desire by people to understand technology that was having a large impact on society.

“I also wanted more people to have financial freedom, and I was determined to help them,” he states. “That was the beginning of ProfitFi.”

Amit teamed up with other expert traders to teach students and ProfitFi subscribers how to find success in copy trading, NFTs, Amazon stores, flipping houses, crypto, and options. ProfitFi’s courses are designed to provide novices and experts with the tools and knowledge to make successful trades. The company is also partnering with a hedge fund to help more individuals make solid business investments.

In 2023, Amit plans to release his first book, which will focus on his journey to financial success after years of struggling. Whether he is revealing the lessons he learned about the importance of networking and remaining humble or offering actionable advice for entrepreneurs, he plans to focus on one message: financial empowerment is possible for anyone.

“I want more people to understand that living well – however you define it – is not just for a small percentage of people,” says Amit. “Instead, everyone can learn about cryptocurrency and my investment strategies at ProfitFi. When they do, they will believe in themselves more and see a whole new world open up for them.”

Millionaire Amit Fridman is a serial entrepreneur, influencer, and thought leader who is helping thousands to experience financial stability for the first time. For more information on his unique trading strategies or on ProfitFi, please see ProfitFi’s website or his Instagram.