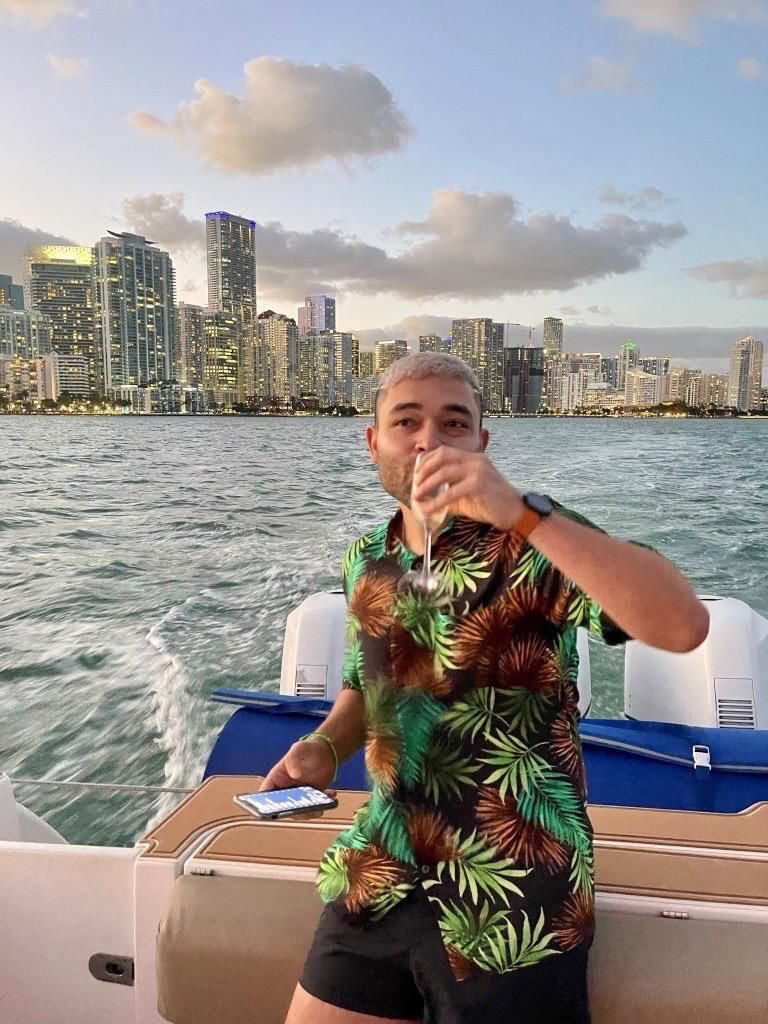 Learn How Venezuelan Producer And Magazine Director Alejandro Bastidas Became An Expert In U.S. Financial Markets, And How You Can Do The Same Through His Program ATA FX 1.0

Alejandro Bastidas (@atafx11 on Instagram) is a Venezuelan producer of concerts and public shows. He is also the director of GLAM magazine, and after he migrated to the United States, he became a successful trader and an expert in financial markets.

“In Venezuela I started with the production of concerts and public shows, presenting artists such as Chino y Nacho, Alexis y Fido, Guaco, and Caramelos de Cianuro. Then I directed GLAM magazine with which I had about 15 print editions.” Alejandro shares.

“Soon after, I was able to launch in Miami a version of the magazine, called UPPER GLAM. It had three print editions with artists such as Sabrina Seara, Maritza Rodriguez, Domingo Zapata, Belinda and Daniel Habif on our cover, interviewing personalities such as Eduardo Marturet, Alan Faena, Dave Grutman, among others.” Alejandro says.

While promoting the magazine, Alejandro moved to the United States and started working as an Uber driver for more than 14 hours a day for two years. At the same time, he was starting to learn about trading, taking seven courses on the subject and six on e-commerce.

Today, Alejandro (@atafx11 on Instagram) has more than four years of experience trading in the financial market where he focuses on Indices, Metals, Cryptos, and some Forex pairs. In particular, he manages a program he created called ATA FX 1. 0.

“ATA FX 1.0 simplifies the experience and vision that I have acquired over four years, developing the institutional perspective of price action and technical analysis.” Alejandro explains.

He already has students who are profitable and others who have managed to overcome the FTMO Company Challenge.

“FTMO is one of the most prestigious and credible companies in the financing of traders, which offers accounts up to 200k USD.” Alejandro adds. “According to the statistics of the company FTMO, only 4% of people manage to successfully overcome the more than 1,500 challenges that the company promotes monthly.”

“This test redefines the logic and consistency of a profitable trader, who can have a strategy and ability to generate income monthly and thus live from trading.” Alejandro states.

Overall, he found the motivation to start with his trading academy due to the frustration he had of living two years doing a job he had never done, being an Uber driver, and observing that many academic programs were not effective enough.

“I felt a duty and obligation to help all people who have dreams and motivation to overcome and change their lives. I wanted to offer them my experience so they can have the opportunity that I did not have in this country and it cost me so much to reach it!” Alejandro shares.

Alejandro differentiates himself from his competitors because he is always real and explicit, while others only think in personal numbers. He puts himself in the place of those people who are living through a difficult economic situation to help them in a real and effective way.

“My advice to people is to break paradigms, hack their brain and achieve a winning mentality. This mentality represents 60% of the success of any entrepreneur. You can have a good idea, but if you are not clear about the risks and potential rewards of such business, if you do not handle a good risk management you assume in terms of capital or your assets, the mentality and psychology will help you master your subconscious and thus avoid unintentional mistakes that people usually make, acting on emotions and anxiety.” Alejandro advises.

Alejandro’s future projects include resuming his live and personalized courses where he has direct contact with these students in their initial learning process. He also plans to reactivate the UPPER GLAM magazine in Miami.