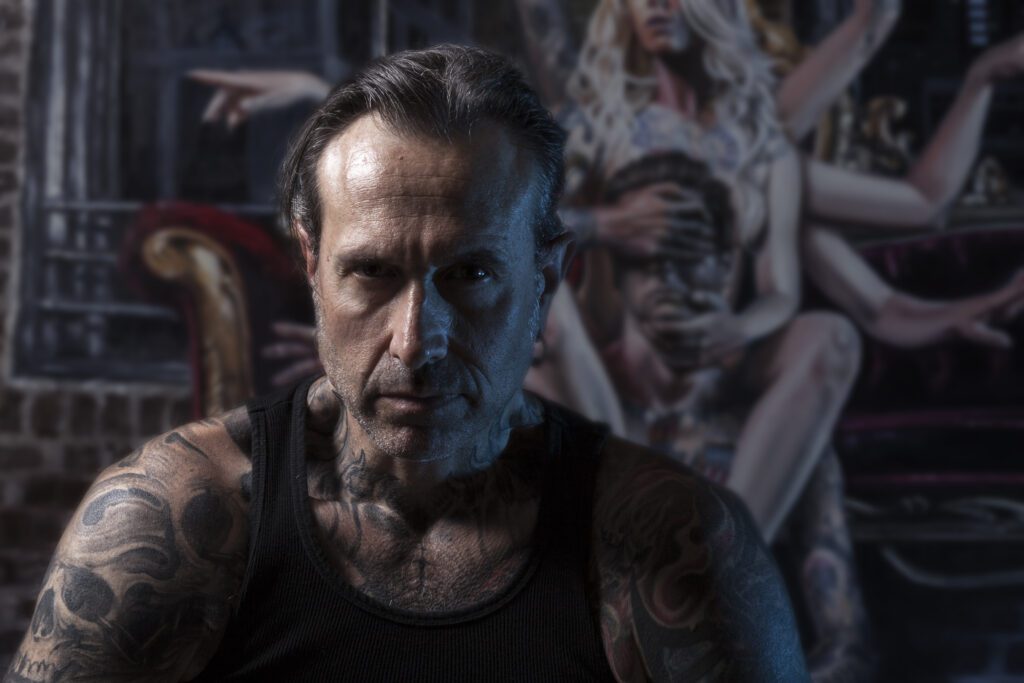 Meet Adam Mccarthy, a multi-hyphenate professional artist, and musician, currently involved in the video game industry and immersed in the LA scene.

Adam is notable for his unique style, vision, and quality execution that is not typical in the genre of artwork that he competes within. His artwork is ever-evolving and ungoverned by principles of painting- as each of his creations is distinct in material and technique. One theme that Adam follows is thanks to his specialization in Portraiture with a Dark Narrative utilizing Oil Paint and Charcoal. Most of his portraits are of women, and his themes skew towards a dark narrative with a surreal quality.

From an early age, Adam was active in the visual arts, specifically dabbling in painting portraits of the human form and faces. Through trade school, he gained an Associates Degree in Desktop Publishing and Computerative Design, where he learned the ins and outs of 3D modeling and animation. After graduating, he successfully procured a position in a game developer start-up, which later became his life-long career as an artist in Video Game Development.

Throughout his career there, he was exposed to various talented artists and continued to hone his fine art skills in drawing and oil painting. He also looked for different creative outlets such as music, and later in his career invested his time in starting a band, which later grew to a professional level. With the help of some friends, he founded a Symphonic Black Metal band called “Sothis.” Sothis eventually signed with Candlelight Records in England and released their first album, “De Oppresso Liber.” He also created their artworks, album covers, and music videos for over a decade.

Years later, Adam slowly redeveloped his skill in painting, which ignited an old flame inside him waiting to be rekindled. Most of his paintings now depict heavily tattooed women. These paintings fit his dark narrative- as he considers the art of tattooing very intriguing, as it achieves a surreal quality that seems to jump off the canvas.

However, like many other artists- Adam struggled to find the time to actively self-promote his artwork, mostly because all of his time goes towards his career as an Art Director. Nevertheless, McCarthy made it work and started showing his art around Los Angeles galleries in 2015, such as Hive Gallery, Copro Gallery, and Lethal Amounts. He has also had work with Abend Gallery in Colorado and has had work in the international encyclopedic art exhibition LA Art Show

In the relatively short time Adam has spent in his painting career, his craft and technique and creativity have grown at an accelerated rate. Now as an unbound and ever-evolving artist, he is working on a new series of charcoal/oil painting hybrid pieces in a unique multi-media blend of materials. On top of that, he is searching for a gallery to host the new series.

To learn more about Adam, check out his website on www.amccarthyfineart.com.