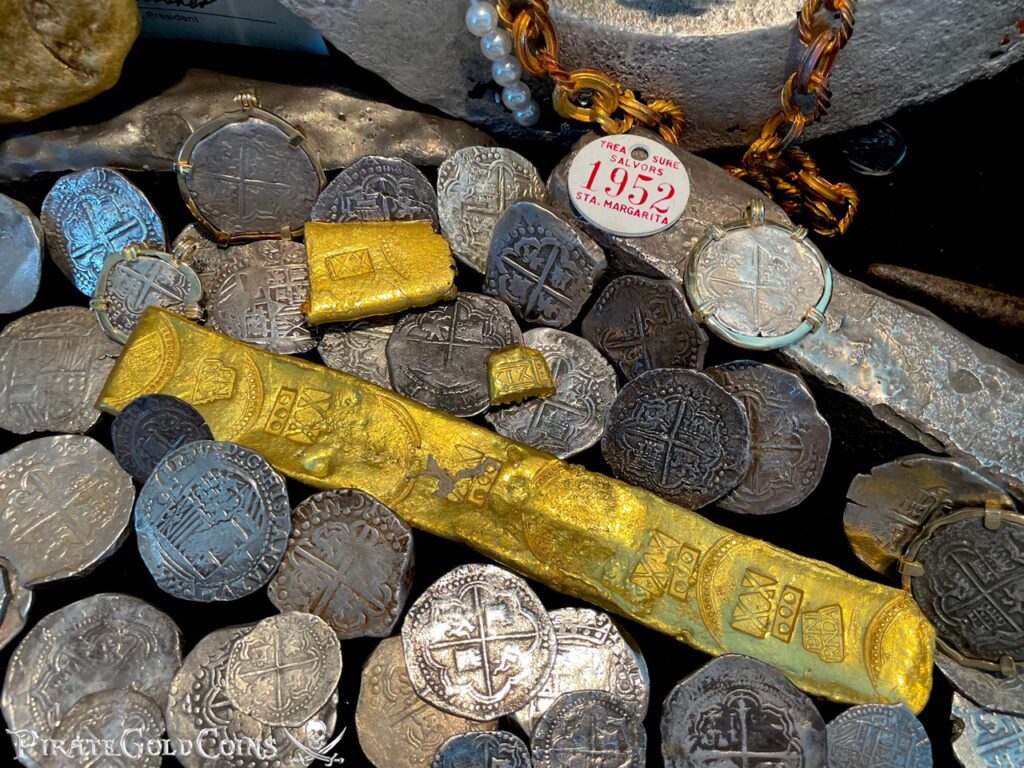 First a Treasure is Shipwrecked, then It’s Stolen! Here’s How Joe & JR Bissell are Offering these Coins on the Open Market!

In 1985, the diver Mel Fisher, after a long search, found in the coasts of Florida, the remains of a Spanish galleon wreck that had a fabulous treasure. This stolen shipwreck treasure has been recovered and is now available through Joe & JR Bissell at Pirate Gold Coins.

By 1985, and after a long search, the cargo of the ship Nuestra Señora de Atocha was found. It consisted in part of more than a thousand silver ingots, 125 gold bars, and hundreds of gold and silver coins and personal belongings of the crew that were adorned with rubies and other precious stones.

In 1987, an archaeologist dedicated himself to collecting silver coins from the Atocha shipwreck–several of these coins were from the Mel Fisher Museum. After a few years, the architect’s collection had already reached the amount of approximately 500 coins of excellent quality that had even been chosen by Mel Fisher himself.

Already in the first decade of the year 2000, the collector decided to get rid of part of his coin collection to satisfy other needs, so he agreed to have a dealer pick up that part of his collection to trade it and return the proceeds of such negotiation. From this moment on, that place is known as “The great robbery of the lost loot.”

After many attempts to reach the dealer, he finally got through on the phone where he was informed that the seller had shipped all the pieces without any signature, insurance, or tracking, which was very unusual. The dealer had made several visits to the collector’s house because they had never arranged any shipment of items, so why would they do that if they lived very close?

Not only was this strange, but they had used the wrong way of shipping everything together. Obviously, a thorough investigation was being carried out at the post office because on previous occasions post office workers had misplaced boxes. Video footage was reviewed to confirm that the package that was dropped off had been shipped.

From the video footage it was found that the post office employee had not tampered with the package in any way. However, the box was tampered with when it was delivered. Likewise, the post office worker mentioned to the sender that it is not common to send merchandise with a large value of more than 50,000 dollars, without the need to insure it or confirm the signature at the moment of receiving it.

Although the seller made the appropriate claims to the post office and insurance company, those claims were unsuccessful as he was not able to get any money back. By this time the collector had contacted a private investigator who worked for six months on the case and was able to recover all the parts that are now part of the collection of the lost loot.

James Sinclair worked as a marine archaeologist and served as chief curator of several shipwrecks including the Titanic and the Atocha among others. He was one of the marine archaeologists of the original Atocha shipwreck, and was able to recertify the pieces found by the private investigator.

Today these pieces are safely traded on the open market so that anyone can own a piece of the historic Atocha shipwreck and also of “The Great Theft of the Lost Booty!”