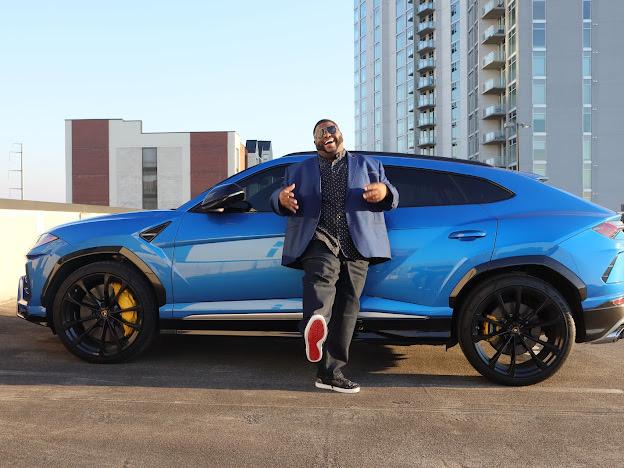 Since He Was a Child, Corey Hayes Dreamed About Being a Successful Businessman: Learn About How He Achieved This Feat 

Corey Hayes, also known as IamCoreyHayes, is a businessman and owner of multiple businesses in different states in the United States. His work spans from rental car services to tax offices.

“I am a CEO of five successful tax offices in different states. I also have one of the hottest Turo Exotic rental car fleets in Atlanta. I am the owner of property management, and CEO of credit repair with one of the largest home buying seminars in the state of Texas.” Corey shares.

From a very young age, Corey dreamed of being a successful person. He always loved big houses, fast cars, and his favorite TV show was MTV Cribs. All of this drove him to engage in business later on.

“I used to say someday I would have a house like that, I always dreamed big. I always wanted nice things.” He recounts.

“My grandparents were the first investors in my first business venture. My grandfather had me work as a laundress at their coin laundry in Tennessee.” Corey says.

Corey was fortunate enough to have successful family members in business who were his mentors, something not everyone has. This is why after having traveled a journey on the road to success and having tasted achievement through his work, he decided to help people who didn’t have the tools he had growing up.

“Credit, finance or investing were not things we were taught in school. I was fortunate enough to have family members who had successful businesses. I always wanted to reach out and help others. My company has helped over 300 families become homeowners through my first-time homebuyer seminars.” He explains.

Because Corey grew up in a family with ties to business, it was normal that for some of his businesses, his first team members would be family or friends. But this can be a little uncomfortable at times.

various personal and obviously family issues arise, that was one of the biggest obstacles Corey had to learn to overcome separating the family from the business

“At first it was very difficult because personal and family issues can arise and it is not easy to have to fire a family member. But it is like any other job. You do the job you were hired to do or you get fired.” Corey states.

Success is a word with many meanings since each person defines it according to their needs or points of view. For Corey, success is achieved when the person is able to run a business that allows other people to learn and grow.

“For me success is having a business that is thriving and people are learning from you creating passive income and wealth when you have the ability to change lives in a positive way.” Corey adds.

In the same way, Corey is convinced that success does not come without working or looking for it. It is important to prepare to do the work and plan ahead, thinking about all the potential scenarios.

“People often hear about success and want the elevator to succeed without putting in the work effort. But I tell all my new business owners and entrepreneurs to do the work, be consistent and never give up because starting a business is easy. If you want to have a successful business you have to do the work.” He advises.

In terms of competition, Corey likes to focus on offering the best quality services he can and continuing to promote his businesses through social media, word of mouth and his referral programs.

That is why he recently purchased eight units of apartment buildings, is currently building his permanent live-in home, and also has four home buying seminars in Houston, Dallas, Atlanta, and Memphis.

“I am also in the process of looking at commercial real estate for A Taste of Memphis, a lounge here in Georgia.” He adds.

Learn more about Corey and his businesses here.