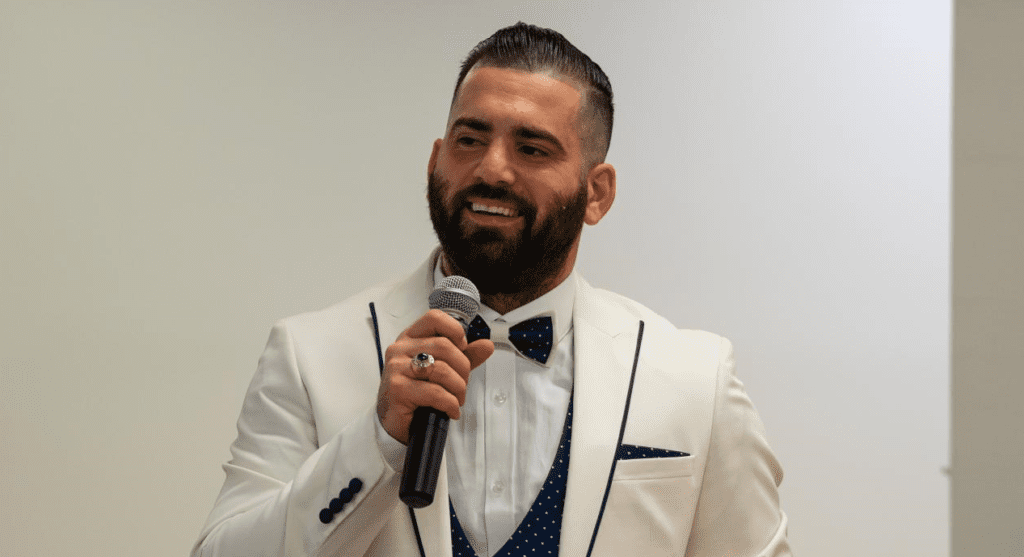 Albert Shakhnazarov is Teaching Others How to Take their Businesses from Average to Elite in His New Book Titled Just That. Find Out More Below

Albert Shakhnazarov is your modern day American dream achiever and entrepreneur who made his dreams a reality. An immigrant born in Russia, his family fled political persecution in Azerbaijan and found themselves in many difficult situations that included living in refugee camps, motels, and other difficult living conditions.

“Eventually due to certain political events and attacks on both my father and my older brother by skinheads, we were granted an opportunity and sponsorship for one month to come to the United States. School for me was one of the hardest things to do because of cultural shock, not speaking English and not being able to communicate.” Albert recalls.

For many people, this would have been an obstacle too difficult to overcome. In fact, Albert did have his difficulties all throughout school, but he never gave up. He remembered how hard his family had suffered to give him this life and opportunity, so he always strived to be the hardest worker no matter where he was. This is the mentality that led to his successful career as an entrepreneur.

“Everywhere I worked, I worked the hardest but got paid the same as everyone else. I started Axe Elite with 4 agents in the attic of one of the worst parts in Hartford CT, because that’s all we could afford for rent. Today we have a 16,000 sq ft fully renovated headquarters with dozens of agents and ranked as one of the top producing companies for big whale multi-billion-dollar telecommunication companies,” Albert explains.

Now an entrepreneur who runs multiple seven figure companies with his wife Ashley Gonzalez and his co-founders, Eroz Mesias, Ernesto Martinez, Kevin Diaz and  Emir Ademovic, Albert is sharing his secrets in his new book called “Average to Elite”. In this book, he teaches and explains fundamentals of entrepreneurship based on his firsthand understanding of what it takes to take your life and your business from average to elite.

“There are two things that separate the good and the greats: mastering basics and mastering self confidence. If I had to create a formula to give myself or anyone a competitive edge, this is what I would do: set targets and then take all out massive action in the least amount of time to create momentum. Momentum creates millionaires. You must crave change enough to fully pledge yourself to it. That emotion of being super hungry is the emotion that is needed to become a 7-figure earner,” Albert says.

Here is the formula.

You must align yourself with the mission

You must utilize the speed of separating yourself from the competition

You must do it consistently despite the conditions

Once all elements are working together you will create momentum. Albert says.

Albert’s biggest piece of advice to achieve success for any young entrepreneur when they are first starting out is to learn to be able to endure the pain and difficulties that come with starting a business.

“For me personally, it would have to come down to one thing and that is being able to endure pain through the early stages of starting a business.  If I wanted to reach financial freedom, I would have to learn to fall in love with discomfort and pain. The question that we face every single day is not if you will have problems, but how you will respond to them,” Albert advises.

To find out more about Albert and his average to elite programs, check out his website here.

Get To Know Punta Sala de Esgrima, The Best Fencing Academy In Mexico With Over 5 Years Of Experience!
Posted onJanuary 24, 2023

Johana Sanchez Went from Being Disoriented in a Foreign Country to Being a Successful Businesswoman With an Amazon FBA Business. Check Out Her Success Story Below!
Posted onJanuary 23, 2023