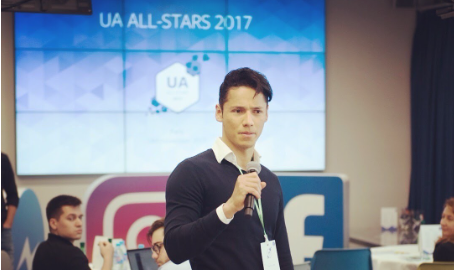 Marketing as we know it has lost credibility and become obsolete, people are tired of irresponsible and meaningless advertisements; the marketing of the future is characterized by being consistent with the beliefs and values ​​of people, by being friendly to the environment and having a great social sense. That is why Ricardo López, performance marketing specialist, who managed the Paid Social for Candy Crush Saga, which became one of the most downloaded applications in the history of the Internet, and a worldwide success; created its own performance marketing strategy, where it not only optimizes company campaigns but also makes companies and people connect in a natural way to act from ethics, integrity and truth and thus take them to another level , where it contributes to common growth and creates a sustainable and responsible planet.

Unfortunately, today people make decisions reactively, they decide from pressure or oppression, thanks to the bombardment of ads carried out by companies especially through social networks, and they do not do so from conscience, from emotional intelligence or critical thinking that would be the right thing to do. ¨My performance Marketing does not try to demonize the system, it tries to use these platforms in our favor, and not against us, reconnecting with ourselves to make more sensible decisions¨. says Lopez; who uses platforms as a positive transformation tool so that products contribute to society, add value to the lives of others and preserve the environment, achieving a win-win and at the same time generating exponential growth for brands with successful results.

This new approach is rapidly scaling globally, so much so that it is revolutionizing the way of doing marketing, transforming the consciousness of companies and changing the lives of many people around the world and has arrived in Colombia to stay.

A young Colombian who was born in the rural area of Bajo Patía, a few hours from Pasto, the capital of the department of Nariño. When he finished high school, at the age of 17, he decided to go to London, England, to study English, a very difficult decision but Ricardo understood that this opportunity would allow him to progress and not stay in a place where there was violence and not many opportunities.

In London he learned what it means to be an immigrant, he alternated his studies with jobs in restaurants, bars, hotels and construction. After a while he begins to work in the digital area until one day he is given the opportunity to work in an advertising agency, there he meets important people and decides to participate in events on business and personal development. Thanks to his knowledge, expertise and professionalism, he started working at King Digital Entertainment Plc. British casual game company and creators of the famous game Candy Crush Saga, where he is part of the marketing team and manages the advertising accounts on social networks for King, contributing to making the saga one of the most downloaded applications in the history of the internet.

This positioned him as a leader in the industry and allowed him to give talks at conferences on digital marketing and leadership topics not only in London but throughout Europe, South America and South Africa.

Today Ricardo has his own performance marketing consultancy company, called Hivefeed, he creates a winning performance marketing strategy and works exclusively with fast-growing SMEs in different industries, helping them monetize the most sophisticated advertising platforms on the planet with very successful results. ​You can get in touch with Ricardo by his instagram handle @ricardolopezglobal.