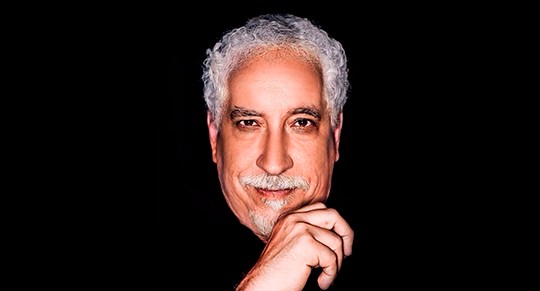 Latin American writer, Leonardo Padrón, signed an exclusive contract with Netflix for 3 years for his original series Pálpito. After a successful first season that positioned itself in the top 10 series in countries like Spain, Chile, Colombia, Venezuela, Germany, Italy, Turkey, Egypt, the Netherlands, Croatia, France, United Arab Emirates, and many others, a second one was announced.

“I am glad and honored for the responsibility Netflix put in me, to continue telling stories that catch the public’s attention. Pálpito shows once again that Latin American productions also travel the world. They are projects with a personal signature and universal at the same, they involve a wide range of local talent in front and behind the camera. They are stories that narrate the world in a striking and suggestive way”, comments Leonardo.

Leonardo’s career goes back to 1981, when he graduated in Literature from Universidad Católica Andrés Bello in Caracas, Venezuela. He is a poet, screenwriter, essayist, columnist, editor, teacher and speaker. He has written 14 TV series and more than 20 books, among them novels, poems, essays, chronicles and child literature, travel literature, interviews. In his life, the writer and the productor always coexisted. He was doing several things at the same time.

In his beginnings, he worked in Venezuelan TV channel RCTV as screenwriter and production member. He also was part of Grupo Guatire, a poetic movement in the 80s that filled Caracas with humorous poetry that showed the day to day of the citizens, their ironies and urban tales. He wrote his book Crónicas de la Vigilia in 1990 while he was producing for different national channels like Channel 5, 8 and Venevisión.

In the radio industry, Leonardo started a radio project called Los Imposibles, where he interviewed relevant people from Hispanic culture like musicians, writers, politicians, artists, actors, sportsmen and sportswomen. With 7 seasons, it impacted the cultural sphere in his country.

In 2015 he became president of the Caracas Press Club, an organization with more than 150 professionals in the area of communication and media. As president, he opened spaces for discussion with important figures of the country, defended freedom of speech, and made alliances with Media and Mass Communications Schools of universities in Venezuela.

His novels have been highly recognized, awarded and sold in different parts of the world. Nowadays, he is the most successful Venezuelan screenwriter. Some of his most recognized novels are Ciudad Bendita, Contra Viento y Marea, Amores de fin de Siglo, Cosita Rica, La Vida Entera, El País de las Mujeres, La Mujer Perfecta, Rubí. They have been presented in many national and international channels like Univisión, Televisa, Venevisión International, among others.

His international career as a screenwriter began in 2018 when his novel Amar a Muerte was taken to Mexico and the US through the Televisa and Univision channels. Based on the history of Colombian writer, Julio Jiménez, it was the most awarded novel in the Premios TV 37th edition with 14 awards. It won best telenovela, best script, and others. Additionally, it had 2.3 million viewers in the US.  Si nos dejan was his most recent work for Televisa México in 2020 and 2021.

Now, Pálpito positions Leonardo in his highest peak of success in television. Pioneering with his first Netflix series, it is the most watched series in a month around the world on this platform. About writing it, he comments that “it’s a product of 14 episodes, but behind them there are many working hours. From when I had the idea to the premiere day, there were 2 years of work in between. I demanded to myself that every episode had the necessary cliffhangers so people continued watching the series; we must remember that Netflix offers a wide supply”.

He is now starting to plot the second season of the series, which he says will be “more fast-paced and complex”. Leonardo is happy to work in the media world after all these years, when platforms like Netflix have changed the way to consume stories without censorship, with more freedom around the topics, budget and even versatility.

Taking advantage of the new ways of consuming stories, Leonardo Padrón just released this July his original series La Mujer del Diablo, which is part of the content of the new streaming platform, Vix+.