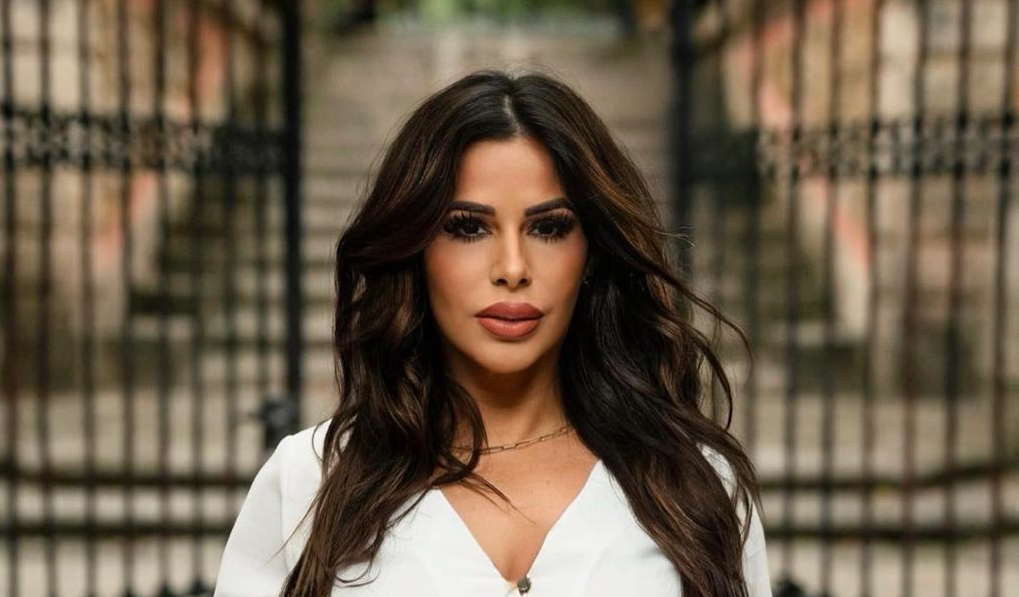 Gladys Blanca also known as Golden Girl Gladys is the celebrity tanner and  spray tanning trainer behind the Golden Touch Mobile Salon, a spray tanning business that has now transformed into a fully mobile salon.

“I own a trusted celebrity mobile tanning company throughout South Florida. I have tanned celebrities such as Paris Hilton, Steve Madden, and Miss Universe. I am a tanner, celebrity tanner and mobile spray tanning trainer. Now I inspire, motivate, train and coach women who want to be their own boss in the beauty industry, specifically in mobile tanning.” Gladys says.

There are situations where life puts people to perform and work in jobs that unknowingly prepare them to gain knowledge and skill for a future venture. Growing up, Gladys’ dream was to be a reporter and work in the news.

At the age of 27 she graduated with a Bachelor of Science degree with an emphasis in journalism and a minor in music. She graduated from Oral Roberts University in Tulsa, Oklahoma.

After several years of working in television, Gladys was recruited by the top advertising agency of the time, AT&T Advertising Solutions, which allowed her to make a professional transition into advertising.

“Without knowing or understanding at the time that this was preparing me for what I would later do in my life and career, which was to become my own boss and help hundreds of women around the world do the same.” Gladys explains.

After working for more than 20 years in corporate America,the United States was hit by the 2008 recession that forced many companies to close like AT&T Advertising Solutions so many workers had to gradually start looking for new sources of income.

“Even though I was a top earner for AT&T Advertising Solutions and received the Arison Achiever Award for having the best internet and print sales, all my success came to a halt when they got us all together in a room and decided they were going to lay us all off one by one due to the recession. However, even though many people were being laid off that day, I was the only one who kept her job.” Gladys recounts.

After eight years the final moment came for Gladys and all the workers that were still working for AT&T Advertising Solution, as they were informed of the decision to sell the company. That same day while Gladys was talking to some friends the idea that would change everything for her came up.

“A firefighter friend named Rafael looked at me and said, ‘Gladys, what are you thinking, you’re an advertising expert! Why don’t you launch your own company? You’ve helped hundreds of other companies increase their sales all these years.’ He said, ‘why don’t you do the same for yourself! Just start your own mobile spray tanning company!’” Gladys shares.

After that meeting Gladys was left thinking about her friend Rafael’s idea. She knew from her work experience that wealth was in the niches and that the industry had a very bad reputation for turning people orange and smelling bad, so she thought she was capable of reversing that bad reputation. From that moment she started her journey in the mobile tanning industry.

“I initially taught myself on YouTube and then got my master certifications from the best of the best in the industry: Norvell, Inc. I am building a global brand and hope to soon become a franchise and a household name so that when people think of a mobile salon or mobile spray tanning, they think of Golden Touch.” Gladys states.

Gladys manages to differentiate herself from potential competitors by focusing on all the details. Her positive personality has served her well as she generates good vibes and transmits them to her employees and clients.

“My vibe attracts my clients and my employees with great positive attitudes. We have built an incredible reputation for almost 10 years with integrity and always showing up with no excuses. Saying yes, when my competitors say no. We work every day from 10 am to 10 pm.” Gladys adds.

Gladys and her team really strive to take the best possible care of all their clients every day of the week by answering phone calls at any hour. They really are passionate about their craft and always put their clients first.

When it comes to future plans, Gladys is planning to build Golden Touch to become a franchise. She also wants to expand her training worldwide, duplicate with hundreds of women and make her name a worldwide known brand, “so that when people think of mobile spray tanning or mobile salon they think of Golden Touch.”

If you want to know more about Gladys and Golden Touch, click here.