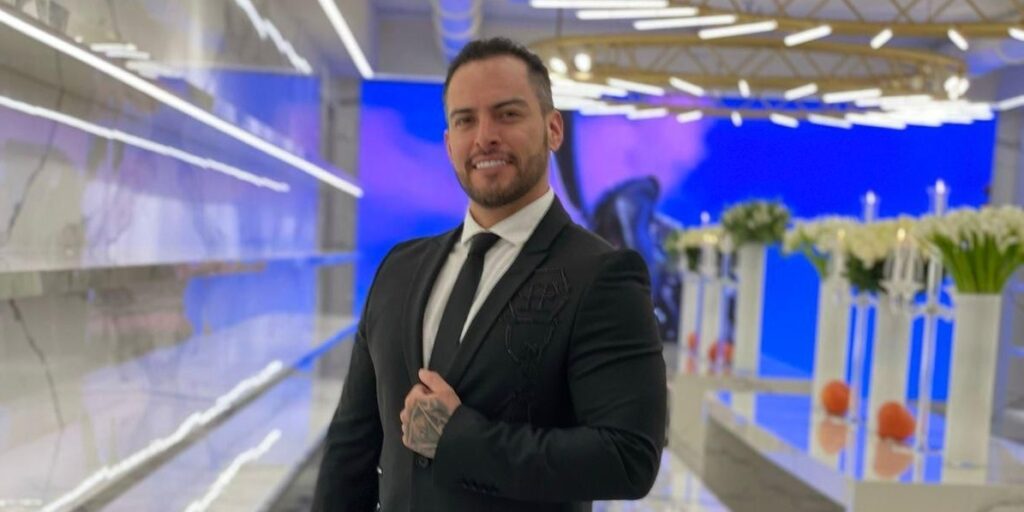 Omar Salazar Decided to Be Anything but Traditional, Now Leads & Inspires Through Decentra, Innovation & Technology Company

Omar Salazar is the new Sales Vice President of Decentra, a technology, education and innovation company managed exclusively through Bitcoin. This disruptive company has stood out as an innovation reference in the market, and nowadays is the most valuable private membership.

Omar was never a conformist. He had dreams that scared him and that put him out of his comfort zone, but he also had faith no matter the costs to achieve his dreams. Actually, he describes himself as the black sheep of the family. Despite everything his parents told him and imposed on him, he was a rebel. His parents wanted him to find stable jobs, but Omar wanted to follow his ambition.

He worked for years in the medical sector as a certified physiotherapist, but found out about the concepts of Cash flow and Multilevel, topics that interested and captivated him and changed his life. At 21 years old, Omar realized that doing what 95% of people were doing was not going to lead him to where he wanted to be and live the life he wished to live.

“I understood that if I really wanted to fulfill my dreams, it was gonna cost me more than any effort and it was not going to be from one day to another, and less in a traditional business”, he comments. And that’s how Omar has been 16 years in the innovation, technology and digital world, taking care of his team and company.

To people who want to start their own business and become successful, he recommends educating as much as possible. Because people that do have the knowledge and experience can notice easily when others read and educate themselves.

But knowledge isn’t everything. In such a disruptive business, Omar says that mindset is everything. You can have all the knowledge in the world and an excellent financial vehicle, but if you don’t have the right mindset you will fall in the first setback you encounter.

He knows this by personal experience when he went through depression, but did not recognize it as so at first. He thought he was just disinterested and blamed himself for self-sabotaging, but when t¡he found the right people and helped, he got through it. He understood his own value and the importance of your surroundings to really pursue what you want to and be supported during the journey.

Right now, Omar is working to take Decentra to new 20 million independent entrepreneurs to be the best company in its industry. On a personal level, he wants to leave a legacy. He wants to be sure that what he did will help in future decades, collaborating with the success of the people who follow his mentorship in Decentra.

Omar wants to send everyone who listens and reads him a message: “We are all designed to be rich. To enrich ourselves with the use of our talents benefiting others as well, so throw away all the negative thoughts or fear. They are false and don’t belong to you.”